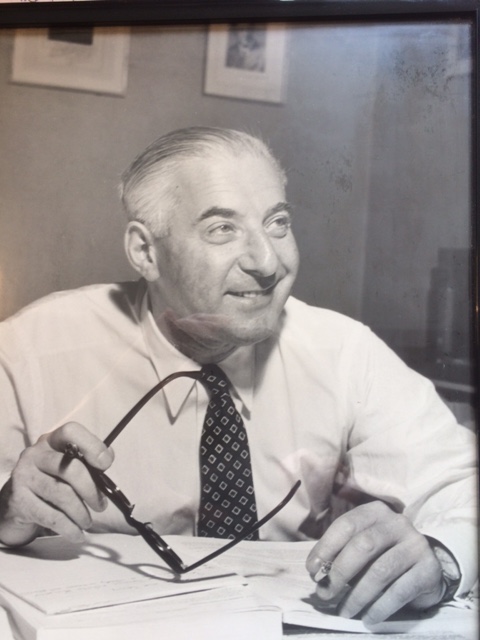 I have spent the last few weeks deep in the Slansky trials, reading about interrogation and torture. Worse than the physical tortures of sleep deprivation, constant walking with hands manacled, and then being dowsed with freezing water as the body collapsed no longer able to remain upright, was the shock and incredulity. People who had been loyal communists all their adult lives, who had fought in Spain, then in the war, either for the French resistance or the Soviet army, some who had even survived the concentration camps, returned to their native Czechoslovakia. They took positions of responsibility in the party and the government, believing they could found a new utopia, then found themselves facing the very tactics they had fought against during the war, used on them by their former comrades. As loyal communists, they gave their interrogators the benefit of the doubt, believed it was a genuine mistake and were at pains to have an investigation and explain themselves. It took some of them a long time to understand that no-one was interested in the truth, they only wanted confessions.

So far I have been reading about others: Artur London, Rudolf Margolius, Oskar Langer but references to Alice in Artur London’s The Confession make clear that she too was in the same prisons. As yet, I have no details of her arrest or interrogations, but if she suffered a tenth of what was suffered by others, then she too was in a living nightmare. What is certain, is that, like them, she must have come to the realisation that she had been betrayed by the movement and the people to whom she had devoted her life.

Alongside these accounts of a cruel looking glass world where truth is irrelevant, I keep thinking of where my father was during these times, what he knew and what he was thinking. I do have some of his diaries, starting in 1956 and ending with his death midway through 1962. He was obviously an assiduous diarist, so I guess diaries for the earlier years must have existed; I don’t know what happened to them. I started reading in the hope that there might be some reference somewhere to his earlier life. In fact, they were mostly taken up with the everyday events of our life in Geneva; my development, his work, their hectic social life and his hobbies of stamp collecting and photography. On their rare evenings at home, my father would listen to music and my mother would embroider; it was an ordered and comfortable life. I had tried to read the diaries before, but their daily accounts of our lives had meant I had just put them aside again. This time I was going to read every word in the hope of finding even the tiniest reference that would give me some idea of what he had thought and felt about his life before his marriage to my mother.

The first mention I found of any other life was as follows, “In bed reading Wheeler Bennet’s “Munich”. For many years is (sic) the first time I found interest in reading about the pre-war period again. By now I have a completely detached attitude. Although that whole period in Czechoslovakia was very much part of my life I now have the feeling that it was just a dream, it wasn’t even me. My present life has no connexion with those bygone days at all.” It wasn’t really what I wanted to find, but in a way I can understand it. In a world of order and freedom, of plenty and safety (and it is hard to find anywhere more plentiful and ordered than Switzerland) it is no surprise that the nightmare world of pre-war Central Europe should have an air of unreality. But for Alice and those still in Central Europe, there was no relief; waking into the post war world was to enter an even more grotesque nightmare.

I continued reading the diaries, through yet more accounts of picnics in the mountains, cocktail parties and trips to the stamp shops. I flicked forward a few years and there, at the back of the 1959 diary, found an extended account of a trip to Vienna. He was there for work for the WHO (World Health Organisation) but he was alone, and after meeting his colleague first thing in the morning, he had a free day. He chose to spend it revisiting old haunts and reminiscing. He had visited Vienna many times and done his post graduate medical training there in 1927-8; he had also returned with the Unitarian Service Committee after the war, and, as he tantalisingly mentions, “A great deal of the family trouble I went through with Alice’s family had Vienna as its scene.”

I read on, with a map of Vienna open on the screen, so I could follow his progress through the city, past the medical faculty, stopping at his favourite Beisl (cafe) for lunch and revisiting shops where he had bought medical textbooks and stationery, and which were still there, still selling those same products to a very different group of medical students. He never mentions the absent Jews, but they shout silently to me through the unwritten lines. Instead, he feels the unreality, “To me that whole part of my life somehow seems so remote as though I hadn’t been the person who lived through it.. .… Here in Vienna, however, that life somehow comes back to me and it comes back through such details as, for instance, the names of the old Austrian firms like the “Julius Meinl” coffee shops or Delka shoes or names of such banks as the Lauderbank.… And so I have the peculiar feeling here in Vienna as being my present self and my past ghost at the same time.” I so want to conjure up that past ghost, to try to understand the life he lead.

And there, in the midst of the memories, I find my name (or rather, his pet name for me). “Some day, I hope, I shall have time in retirement to dictate my story to a tape recorder. Dibbie should really know it and probably by the time she will be old enough to manage to appreciate it I shan’t be here to tell it to her. A sad but realistic thought.” He died three years later, not yet retired, and with no time to dictate his story. So here I am, a year older than he was when he died, in my retirement, trying to piece it together for myself, hoping his past ghost will be by my side as I search back to those earlier years.

Langer, Jo, Convictions My Life with a Good Communist (Granta 2011)

5 thoughts on “My Past Ghost”