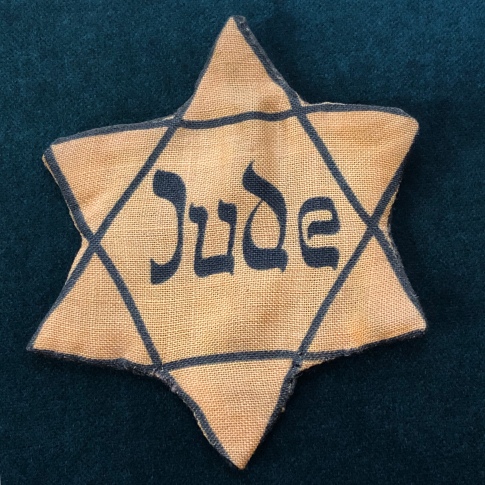 On Thursday in my lesson we were reading an adapted extract of The Good Soldier Svejk, a Czech classic. The extract described an incident where Svejk goes to buy some clandestine cognac from a Jewish street seller for his lieutenant, and gets caught. The story is illustrated with several pen and ink drawings and I was quite shocked to see a stereotypical portrayal of a Jew, it was straight out of anti-Semitic propaganda. However, I remembered my father liked the book and that it had been first published in 1920, so looked again more carefully at the illustrations. Two were signed by Josef Lada, the original illustrator, but the others had obviously just been added for this particular teaching manual. It seemed to me it was one thing to reproduce the originals drawn at a time when people didn’t have the sensitivities we have now and quite another to reinforce those stereotypes for a contemporary audience.

I expressed my surprise to my teachers; the younger of my two teachers could not see the problem at all. She explained it was just a representation of a Jewish shopkeeper, I tried to explain about negative stereotyping and finally gave up. The next day I tried again with my other teacher, who is older and I thought might understand better, she seemed to understand slightly better but I felt she was really just humouring me. Finally when I met up with the researcher who has been helping me with all the documents, I asked her, and she said the Czechs weren’t really into political correctness, but that they were a tolerant people. She had a point, when Czechoslovakia was first formed in 1918, it was a liberal and democratic state. Many Jewish Poles came to Prague to study medicine as they were not allowed to do so in Poland. Now, I am not aware of any particular anti-Semitism and the daughter of one of Alice’s friends told me that a number of young Czechs with no Jewish parentage are converting to Judaism.

That evening I watched a documentary about the Slansky trials and about the Soviet and Czech communists’ relationship with Israel, Zionism and anti-semitism. And there they are – the very same stereotypes in images produced not just by the Nazis during the war, but by the Slovaks and the Communists. I think I see a clear connecting thread, but I have so many different ideas and images and interpretations, so many different periods and I am trying to be fair in making sense of them for myself. Am I over-reacting to those Svejk illustrations?

Yesterday at Terezin outside Prague, I face the consequences of anti-Semitism. There are two fortresses that were formerly used as barracks and which were then adapted into a ghetto and a camp, as they were easy to guard being surrounded by walls. While waiting for the tour, I go into some of the rooms and cells by myself and a heavy weight settles deep in the pit of my stomach. Swallows have made nests in the corners of the empty room and the two parents panic as I go in, swirling round their nest, protecting their young. I want to be taken by the pleasure of seeing these little birds with their intricate nests, but know that is not why I am there. I don’t want to upset them, I acknowledge the irony of my not wanting to upset two little birds whom I have no intention of harming.

The tour takes us round the men’s quarters, some of which still have the wooden frames on which the inmates slept, crammed together. We see the showers (real showers, there were no gas chambers in Terezin) and the huge steamer, like the one in Mlada Boleslav, to clean the bugs from the prison clothes. We see the places of execution, the mortuaries where the dead were collected and then driven in carts by Jews from the ghetto to the crematorium. I find myself thinking about the Jewish rituals of death and how these are ignored, keeping the bodies for several days and then cremating, rather than burying them. Then I think why would they worry about the treatment of the dead, when the treatment of the living was so unspeakable?

The two places I find most affecting, strangely, are the swimming pool and the cinema which the officers and their families used for relaxation. You somehow get inured to the horrors of the overcrowded, inhuman conditions and then seeing normal leisure opportunities right behind the wall of execution makes my stomach lurch. Did the prisoners ever hear the officers and their children splashing in the pool? There is something visceral about reactions here, they seem to happen deep in my gut. 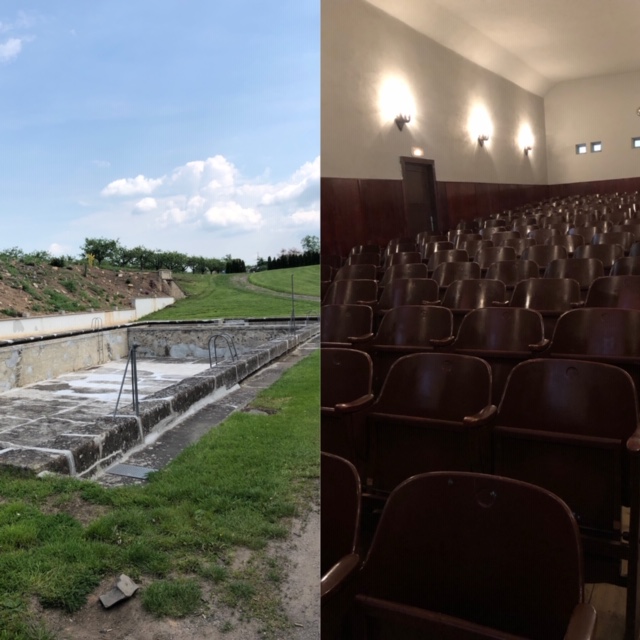 I go round the various exhibitions, the stories of the Nazi commandants, the history of the war and the camp and I get to a point when I can’t take in any more. One or two accounts of the horrific and often random cruelty are shocking, I don’t want to repeat them here, but after a while I am just overwhelmed with that one question, “How could they have done it? What was going on inside their heads that enabled them to behave like that to other human beings?” There is one quote that stays with me; it is from a Jewish doctor who was an inmate of Terezin . The doctor was asked by one of the SS guards to tend to his broken finger and the doctor reports, “He told me he had nothing against the Jews and the Czechs. ‘you know, such are the times,’ he told me.”

At first, when I come back from Terezin, my reaction to the stereotypical drawings feels justified. But then, I remember something else. I remember all the times the Czechs and Slovaks have had their reading and their schoolbooks controlled. Even before Czechoslovakia existed as an independent country, children were forced to learn in languages that were not their own: German or Hungarian. Then, just twenty years after the formation of Czechoslovakia, children had the picture of Hitler in their classrooms and the Nazis controlled the propaganda of what they were taught. Ten years later, it was Stalin’s picture above the blackboard, compulsory Russian for everyone and Soviet propaganda in every lesson. This is a country whose writers, film makers, musicians were censored, blacklisted, imprisoned. Maybe I understand why they don’t need 21st century political correctness telling them what illustrations they can have in their text books. Nothing is simple.

4 thoughts on “Cartoons and Correctness”